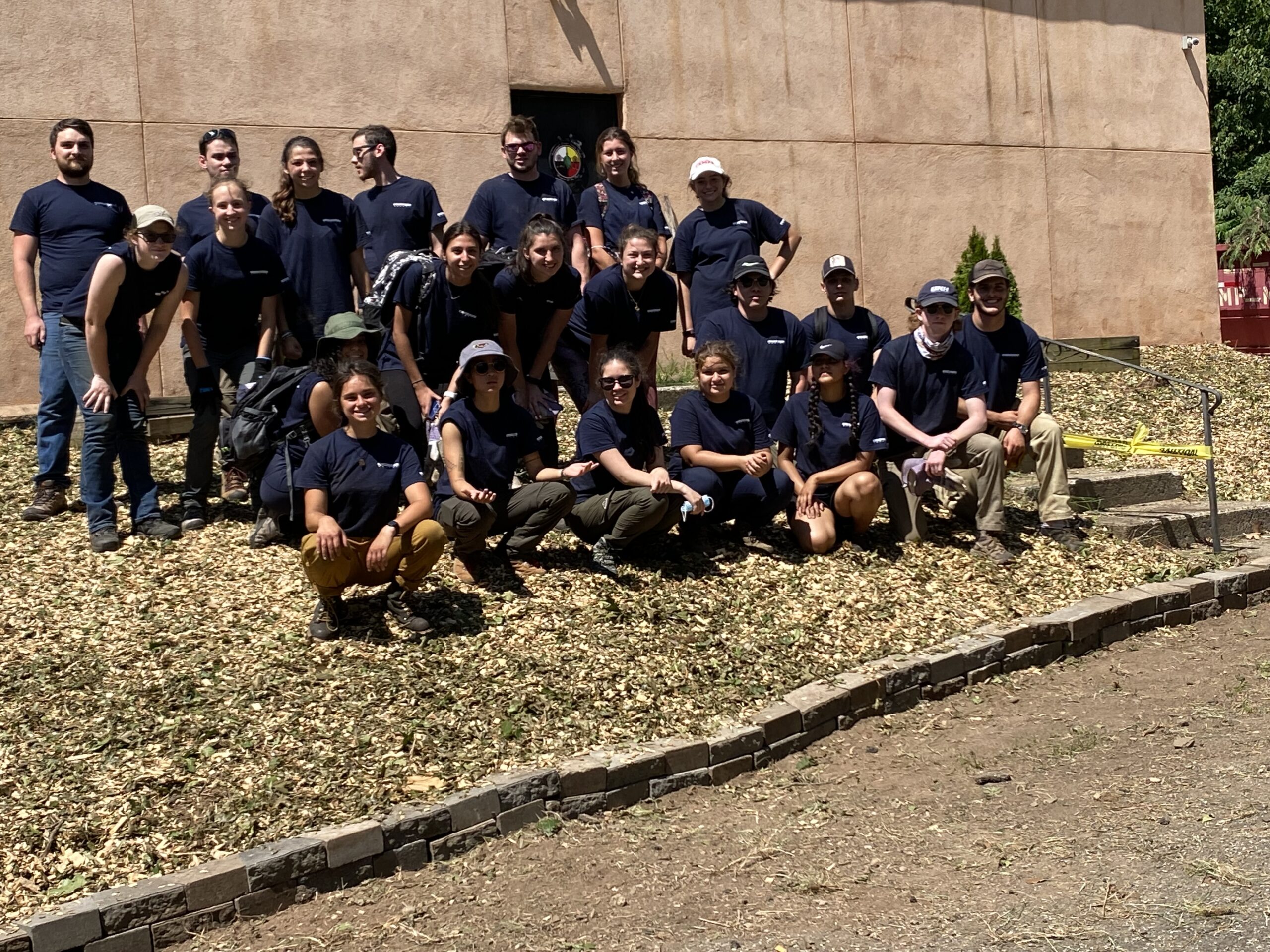 A big job well done by a dedicated team that tackled the building exterior with the help of MEVO, who aided in clearing up the landscaping. We organized a Painting Party to brighten up the center’s facade. Our Ramapo Brother and Board Member, Joe Brown, took on the cost and the work of providing mulch for the center’s front grounds. We painted the door blue, placed turtle sconces on either side of the door. \ The final touch was placing planterson either side of the door in memory of Chief’s wife, Mrs. Patricia Ann Perry who passed away last January. She had expressed to me her care and concern for the center.*Marc and Claudette Pessin of the MLK Community Center in Rockland County gave the urns and plants in her memory.